Coming in to the police check post/tent just before Pang ( late evening , should have been in Leh now … never make plans on the Manali-Leh highway ) I become aware of some commotion behind me : C. is not checking in , hypoxia and dizziness finally caught up with her on the short stretch between the bus and the check post , and her legs gave out . Still conscious though.

I have been keeping tabs on her for a while now , ever since the mounting headaches. In the last delay ,  the road washed away  there was not only headaches , and I could see her stress as she is unable to recognise what is happening to her : something else than headaches or nausea , but still very apparent , the vague term dizziness commonly used doesn´t really prepare you  for the experience.  I´m not really in sync with what´s happening , lulled by the shouldnt´s factors : can´t go that bad , not with two nights at 3100 , and she did take Diamox when suggested , before symtoms . 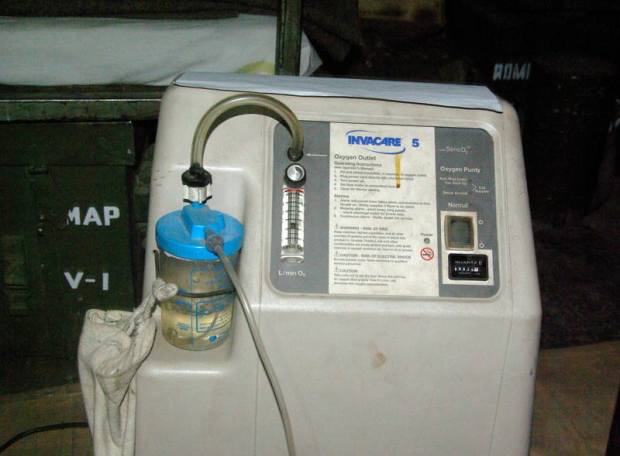 I come in with her to the Army first aid post in Pang , altitude 4500 , myself with an oxygen saturation of 82 % … something I know will result in some baffled reactions from my work mates. C. has greyish lips , cold white hands and is shivering . The medic is unfrazzled , starts first an i.v. line … that is connected to the tent stove  , feeding it with kerosene , then fires up the oxygen generator .

This is my first contact with with Hinglish medicalese , it makes me think of the the Indian media prosa , where buses hurtling in to rivers are described as “mishaps”.

He´s obviously very good at what he´s doing though , going thru the progression of symtoms , checking the dosages of Diamox , and managing her friend and the army spectators.

He is ( so am I ) mildly baffled with how well acclimatized her friend is : 86 % , slightly below the level of the Army personel that have been there for weeks. Striking example of the three nights  “rule” : most people have a threshold somewhere between the second and third night , after which  a acid balance shift and a different way of regulating breathing allows you to breathe a lot more.

Late evening I dive in to my sleeping bag . I have been doing well managed without problems ( two nights at 3000+ , low dosage Diamox  started in Keylong , shifted to standard dosage at Darcha ) climbing on top of the bus etc. , but I definitely feel the the sat drop as I shift in to horizontal position.

Later I leave the tent and step out in to the velvet night : shock black sky , unreal sharp stars , and the Milky Way a glistening shroud cast across the sky. The mountains fill the lower third of the sky , and below that the white parachute tents illuminated  from within : yes , this is what I came for.

As we move out from Pang , the rest of the people on the bus come in to focus. There are differences , partly from where they are coming from : a Delhiite couple with two weeks in Spiti unsurprisingly come out very well . The most striking thing is that within an hour from setting out  , something like half of the passengers are slumped in their seats , and remain like that for most of the day , oblivious of of most of what transpires : their first  meeting with yaks and pashmina goats , the nomad camps and their first meeting with classical Tibetan style architecture : the monasteries in Thikse and Shey. 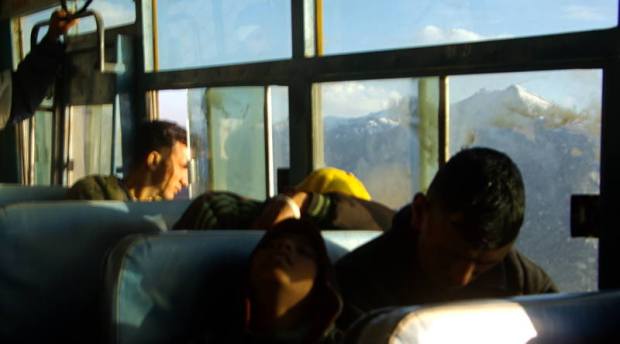 One thought on “Pang”